Established in 1918, the Fox School at Temple University has a distinguished tradition of preparing business leaders, professionals, and entrepreneurs for successful careers. Today, it is the largest, most comprehensive business school in the greater Philadelphia region, and among the largest in the world.

In October of 2013, the Fox School of Business at Temple University appointed Tom Kegelman and his strategic creative team to develop a new campaign aimed at bolstering enrollment and raising awareness of their MBA programs.

The school was looking to differentiate from competing graduate business programs; particularly those they felt didn’t offer the same educational value as their own. While other MBA programs utilized tired, cliché imagery like smiling happy students or business people, the Fox School wanted an ad campaign that reflected who they are and how they differ from their competition. They wanted a clear brand identity that could cut through the clutter.

To develop an iconic campaign idea for the Fox School we let our creativity run wild. We poured through different ideas and concepts, and stayed determined to throw out anything that rehashed the boring, uninspired work of other graduate programs. We put our ideas through rounds of revisions and dug deeper into our research work to ensure the Fox MBA programs would stand apart from competitors.

Once the messaging and creative concept had taken form, we knew our promotional strategy had to be just as bold. To share our campaign with the world, the team decided on a complete takeover of Philadelphia’s Suburban Station, a central point for the SEPTA rail and subway system, located at 16th street and JFK Boulevard. Positioned in the heart of the Financial/Business district, this station provides access to the Philadelphia International Airport and Amtrak Station, and sees foot traffic of 2.1 million people per month.

Utilizing platform posters, column wraps, wall spectaculars, and digital displays, we created the ultimate impact on passersby and ensured that our campaign cut through the clutter to reach the greatest number of people. The Suburban Station Domination represents how careful planning can create effective media strategies and give creative advertising the audience it needs.

The Fox campaign re-imagines worn out financial metaphors to tell a story of triumph. The classic business images — bears, bulls, rats, and snakes — all find themselves outsmarted by the Fox, a different kind of hero who relies on intelligence to lead the way.

The message is simple — students from the Fox School learn to approach problems from a different angle, and when MBA programs are a dime a dozen, differentiating is the key to positive results. The power of Fox is knowledge and grit, determination and ingenuity. Fox graduates are the kind of people who get the job done, no matter the obstacles.

The visuals of the campaign create a striking, defining image. That imagery gives the Fox School a unique piece of well-branded content that people want to spend time with. It’s a clever representation of a school’s most important values, and it’s an idea that can’t be co-opted by other programs. 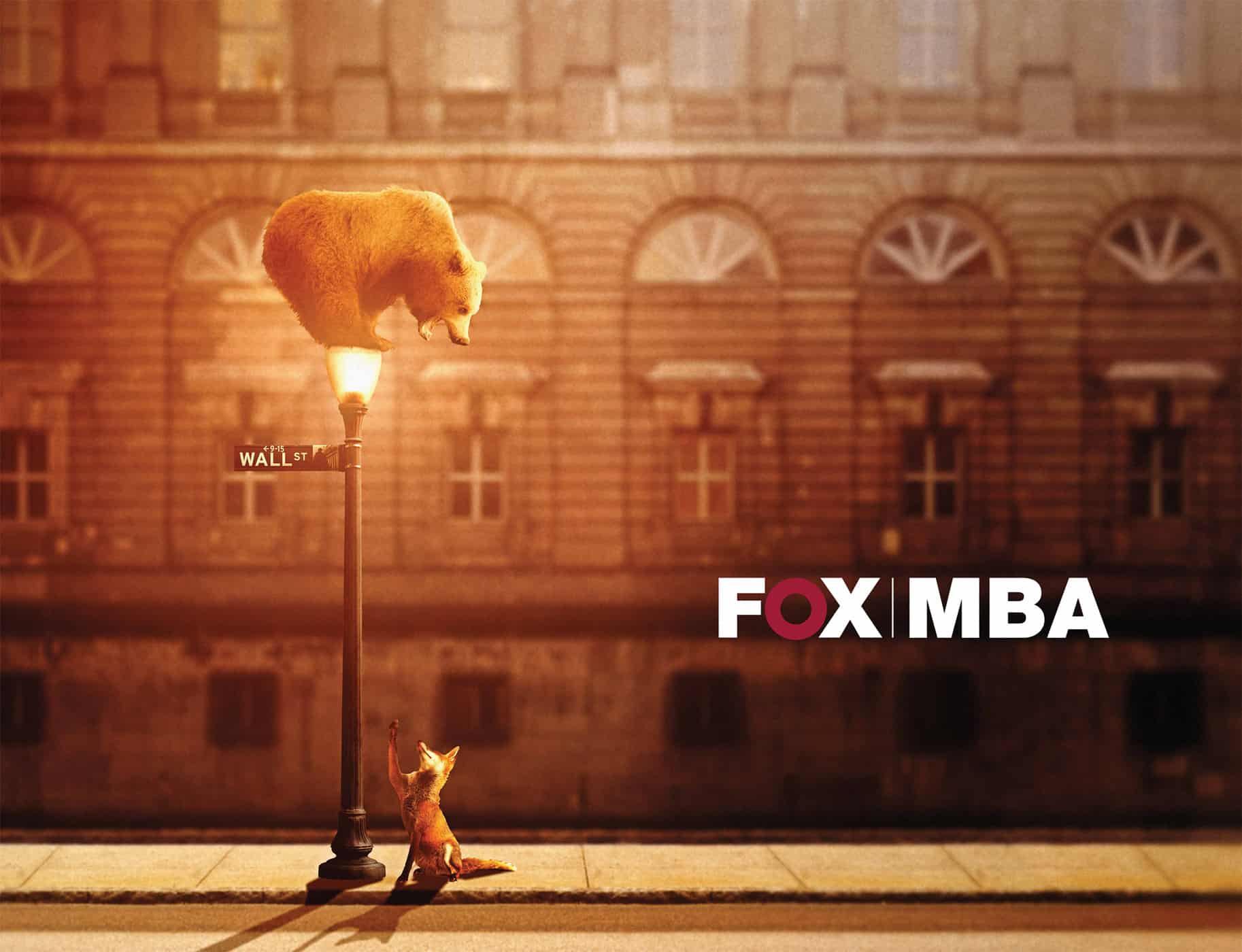 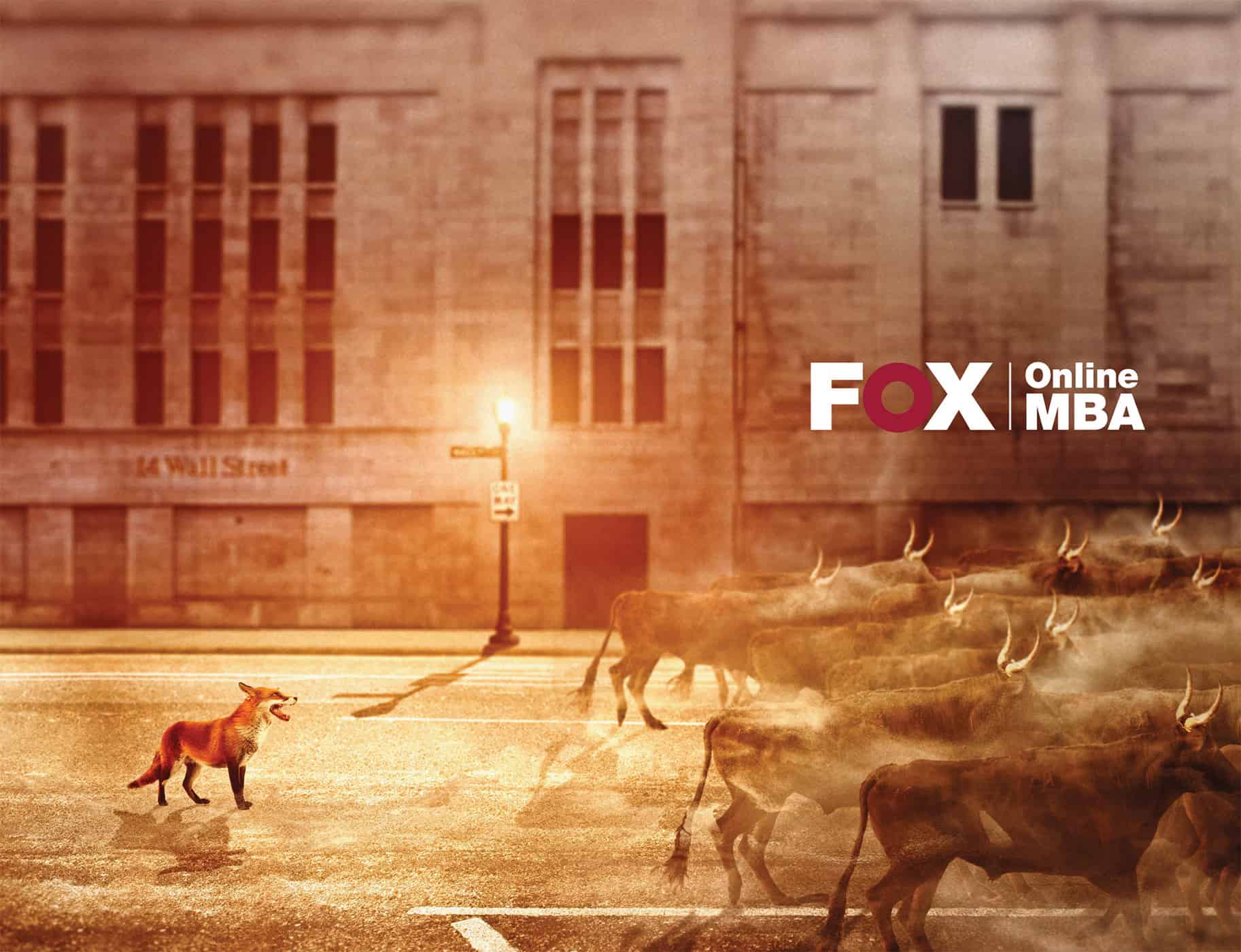 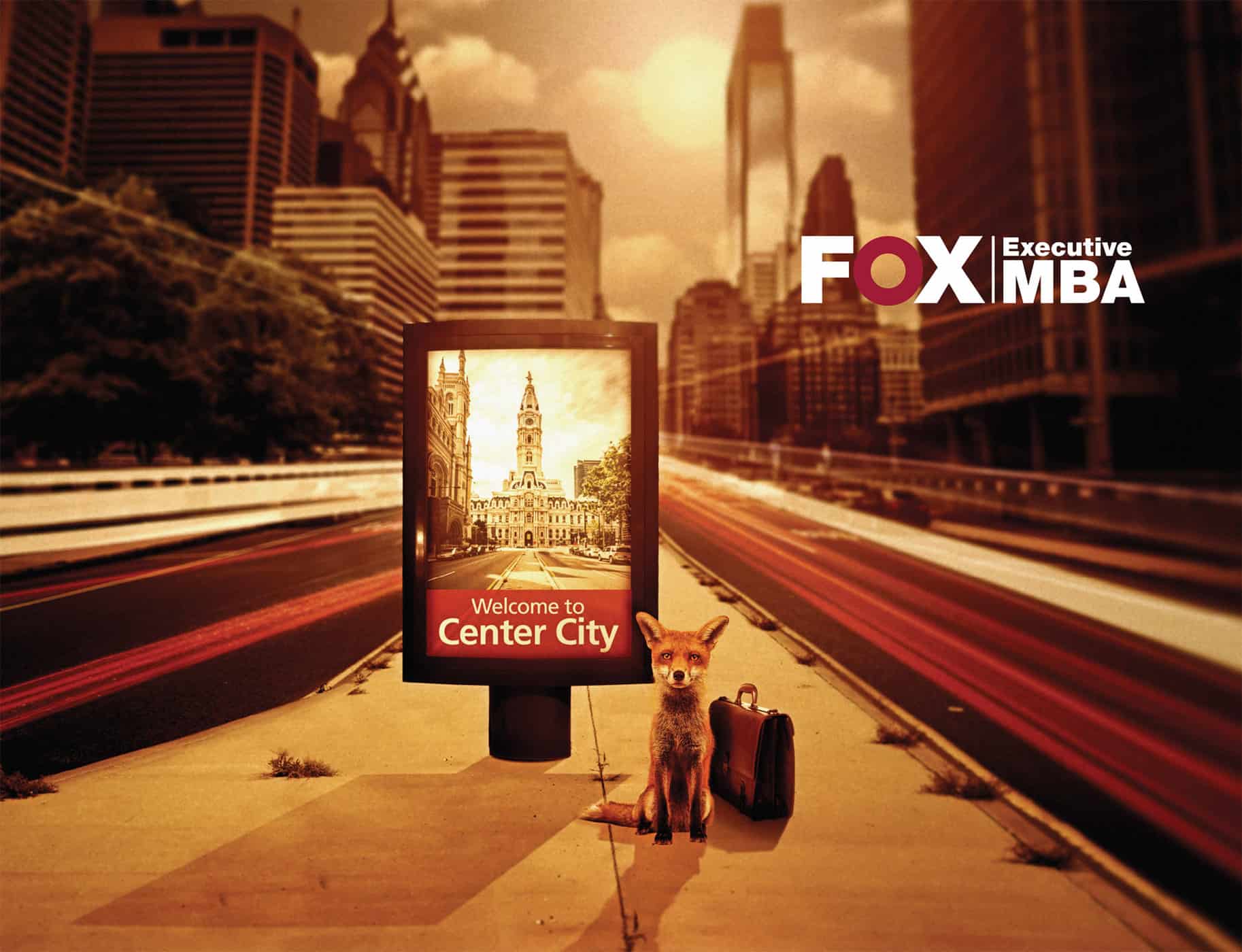 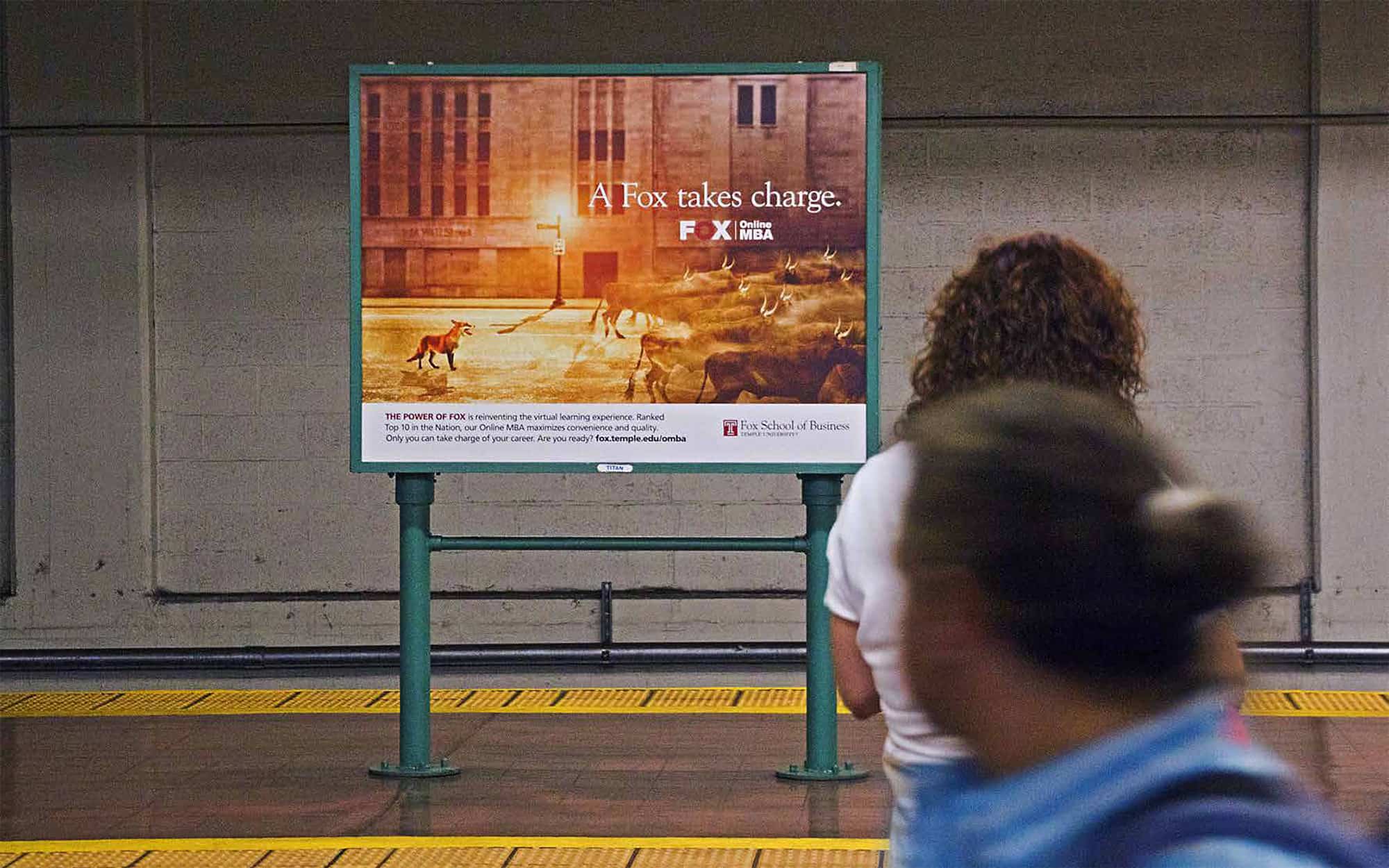 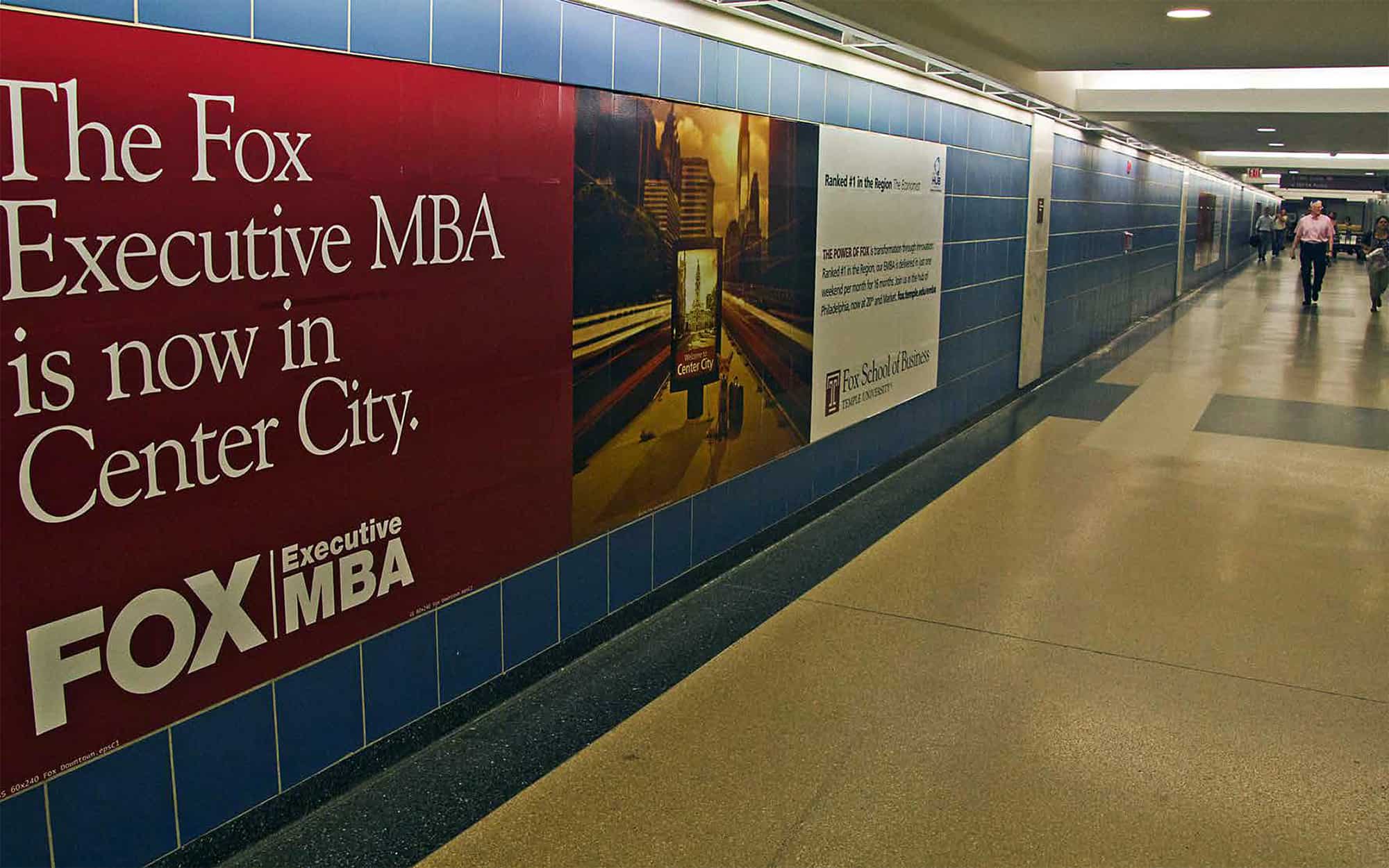