What Gritty knows about marketing, and other insights from CUPRAP 2020

The big orange guy wasn’t there, but his brains were.

Gritty, the Philadelphia Flyers mascot who defies logical explanation even in the gonzo context of sports mascots, was rumored to be coming to last week’s spring CUPRAP conference. Alas, he had better things to do (and also Gritty keeps it real and doesn’t do corporate gigs). But the brainpower behind his inception, his rabid social following and his spiritual evolution did attend. Their war stories reminded attendees that making big ideas succeed takes equal parts left brain and right, research and risk-taking, collaboration and confidence.

Here’s what they shared.

Let the experts do their jobs

Gritty began as a corporate mandate when the Flyers realized they were missing out on community events in the offseason, which are typically great opportunities for mascots. The marketing team was tasked with researching and creating the mascot, and they continue to manage him now. If you know anything about Gritty’s antics, you can imagine it has been hard at time for management not to take control of the wheel, but instead to continue to trust those with a feel for these things – namely, social media and cultural context – to lead the way.

Christine Mina, the Flyers’ senior manager for digital media says this has, at times, required her to manage upward. The results speak for themselves: Gritty is the most followed mascot on social media, and his team estimates that he generated over $10 million in earned media value – in his first 30 days, alone.

Ask big questions… and be ready to ignore the answers

Project Pigeon was the codenamed process for developing Gritty. It was rigorous and highly creative. It involved a mascot consultant (himself, a former mascot), on-site scouting of other mascots, and existential brand questions: The team pondered what, exactly, is a Flyer? A moose, a flying squirrel and various woodland creatures were all considered.

The team also cast its creative net far and wide; Sulley from Sulley from “Monsters, Inc.” was one inspiration. Along the way, they iterated: There was a purple Gritty, a Gritty with teeth and a Gritty with an underbite. After much consideration, the team honed in on the googly-eyed nightmare that lives today. It turned out it didn’t matter what a Flyer was, it mattered what audiences would connect with.

Be confident in what you’re doing

Going into the process, the team knew that no matter what they landed on, there would be backlash – this mascot would represent Philly, after all. They prepared to ride a months-long wave of negativity.

When Gritty announced himself on Twitter on Sept. 24, 2018, the negative reactions were (shocker) immediate and intense.

The team had prepared for this, and laid in wait for a “softball pitch” to respond to. They got it, and from an old friend, no less – the Pittsburgh Penguins, who tweeted “lol ok” to Gritty’s unveiling announcement of “It Me. #Gritty.” The team huddled, and one member said “What if we call [the penguin] a bird?” Everybody laughed. They had their response.

Almost immediately, the tide shifted, said Mina. Suddenly, Philadelphians were aggressively defending “The Big G.” In a few short hours, Gritty went from internet pariah to internet sensation. The next day he was interviewed, as it were, on Good Morning America.

Stay true to your brand

“He is a true embodiment and representation of Philadelphia and our fans: Fiercely loyal and will defend his city through and through,” Mina said.

But his team also sees him as something more: Underneath the nightmarish visage, they say, is a purity of intent. And they’re not kidding when they say that. It’s part of why Gritty doesn’t appear with alcoholic beverages – because he’s a child. And it’s also why he doesn’t do corporate gigs, even those close to the team’s financial heart, and sometimes to the chagrin of the organization’s management.

Maintaining Gritty’s authenticity takes constant collaboration among the marketing team, which collectively ideates and approves every one of Gritty’s tweets, developing his sarcastic, childish, cutting, playful voice and spirit along the way.

“We have continued to keep a team approach on everything we post,” Mina said. “It has been very important from the beginning that we don’t just post things.”

When someone has an idea about something Gritty could say on Twitter, they talk about it as a group. If the idea gets funnier as they work on it, they go with it. If it doesn’t, they kill it.

And, for Gritty’s sake, they’ve killed lots of ideas.

Of course, Gritty wasn’t the only thing that happened at CUPRAP.

Here were a few other things that caught our attention: 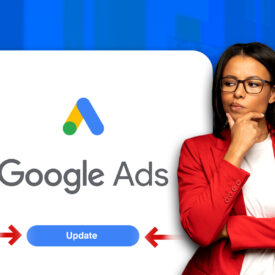