We were excited to attend the first ever Virtual Reality Developers Conference, or "VRDC" for short. Here's our recap of the conference. 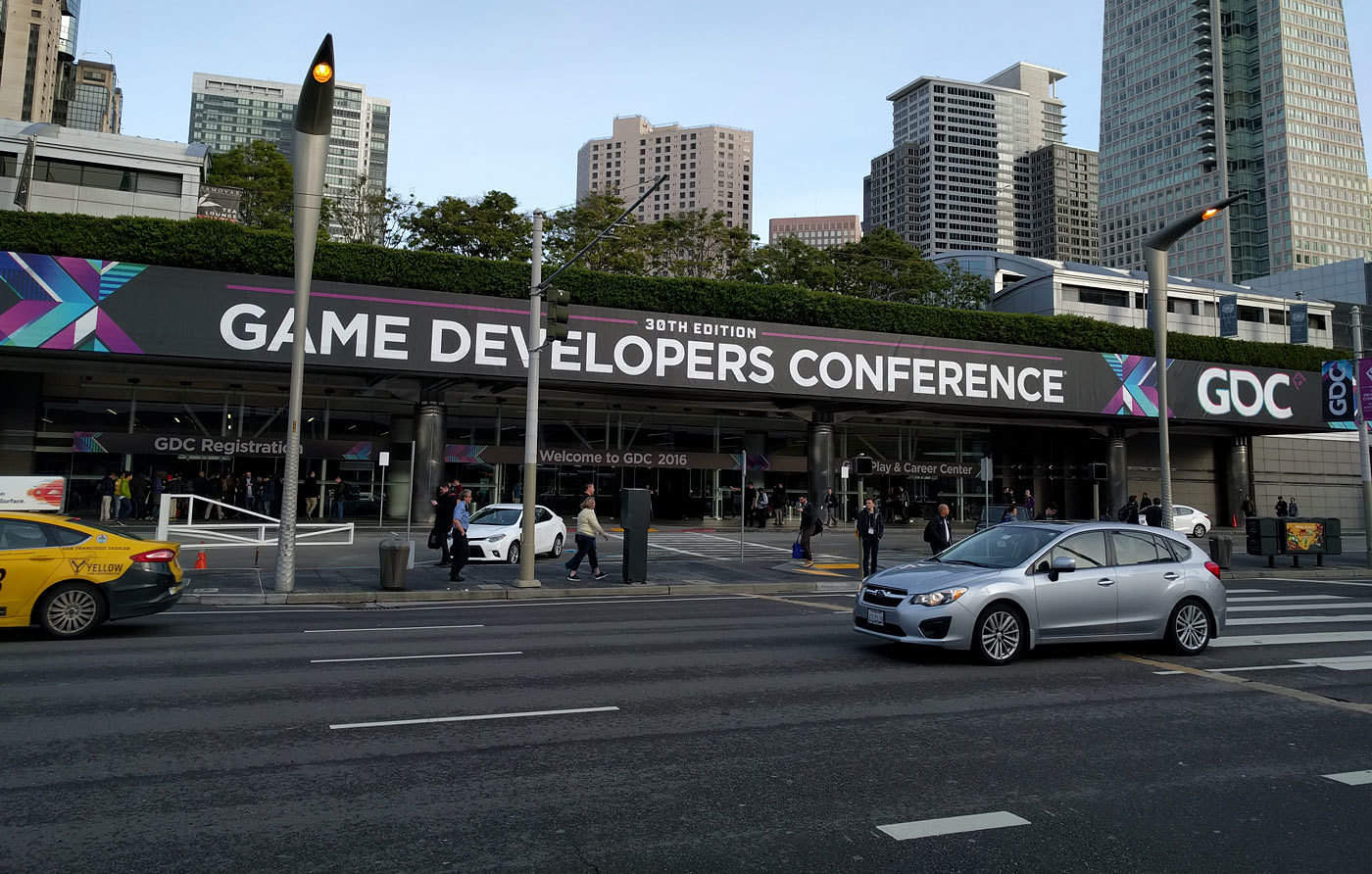 Virtual Reality has become an important part of what we do at eCity and we’re eager to not only learn more about this emerging field, but to share what we have learned with the community so that as an industry, we can all raise the bar when it comes to quality VR experiences. That is why we were excited to attend the first ever Virtual Reality Developers Conference, or “VRDC” for short. The conference was a part of this year’s Game Developers Conference which was also celebrating it’s 30th anniversary. With both of these big events happening together, there was a lot of excitement in the air and it was very clear that both industry pros and small startups were ready to jump in and start creating content for this new medium.

The first two days of the conference consisted of talks on a variety of topics, including cinematic design, audio, and user interaction. There was a very diverse mix of people in attendance for these talks as well. Originally, I had expected to see mostly game developers and designers, but there were people from many different industries in attendance. I spoke with several people who had film backgrounds and were interested in shooting VR video, medical researchers who were looking for new ways to visualize the data they were collecting, and even a team who designs footwear that wanted to use VR for prototyping new shoe designs. It quickly became clear that the potential uses for VR were almost endless. On the first day, the talks were so well attended that they actually had to move them to a larger space on the second day to fit everyone in! 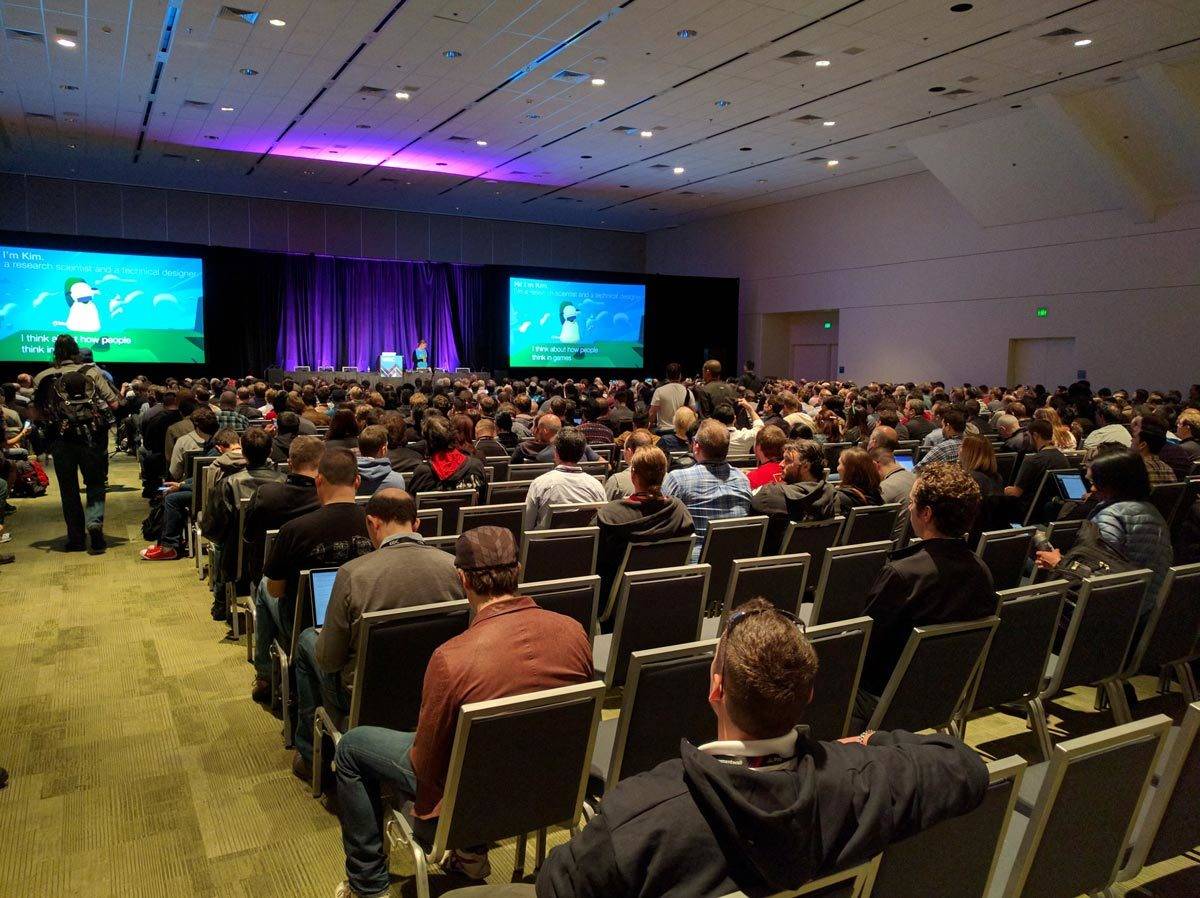 The big highlight of the third day of the conference was the opening of the GDC show floor. There were many booths to explore and a lot to learn. Companies like Oculus, Sony, Unity, Google, Crytek, and more all had impressive showings. VR was a big focal point of many booths this year and the variety of tools and software packages that were being demoed will really allow content creators and innovators to push the boundaries of what is possible with this new medium.  One standout experience was Crytek’s The Climb which was a rock-climbing game.  It really showed off what kind of immersion can be delivered by a truly polished experience.  The sense of actually being on the mountain and the feeling of height were considerably more intense than I had initially anticipated.

Several times throughout the talks and the show floor, I heard people compare the dawn of VR to the introduction of film and moving pictures. When movies were first introduced, a video as simple as a train pulling into a station helped spark the creative industry that we all know and love today. We at eCity feel that the introduction of VR to the masses will have a similar effect and will usher in a new generation of not only entertainment but education, productivity, and creativity. 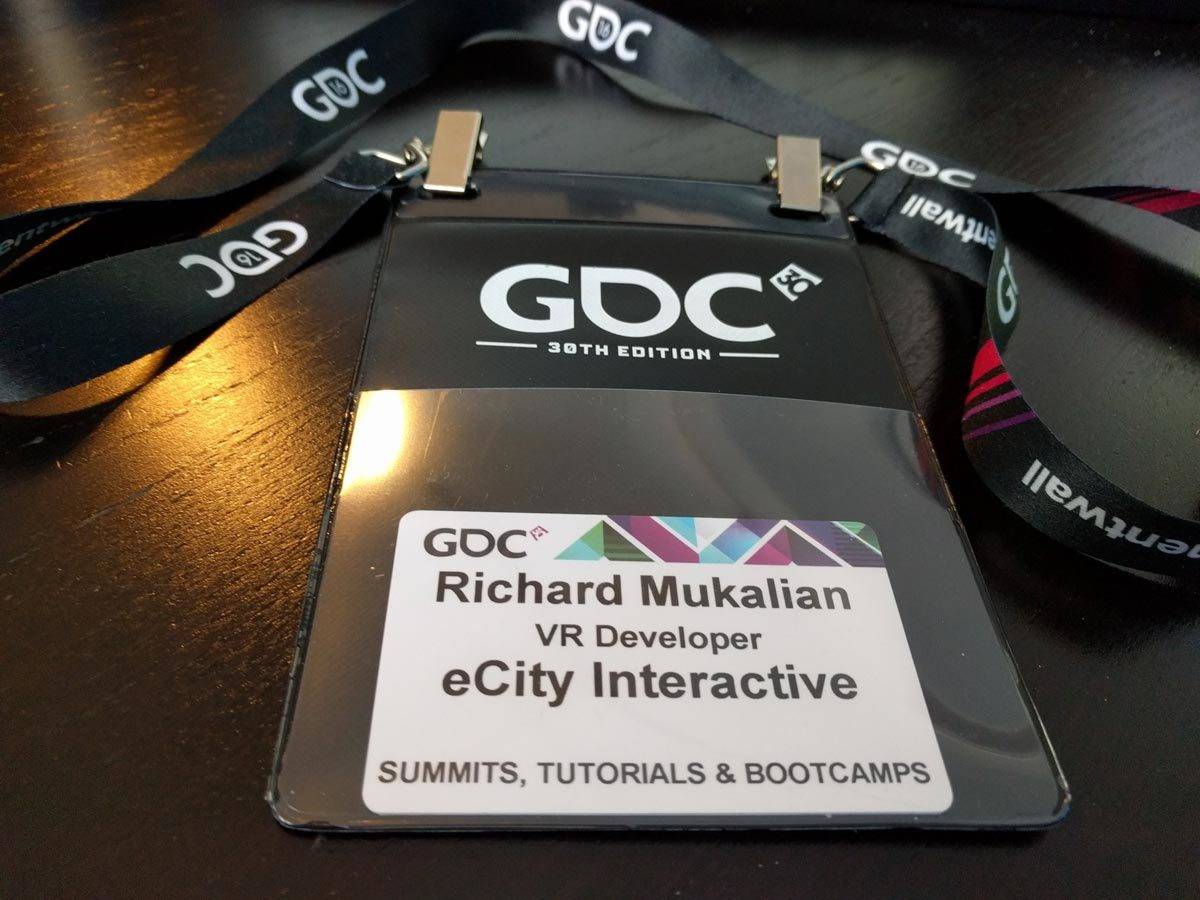