Dean David Boardman talks about the benefits of staying socially engaged as dean and what advice he would give other academic administrators.

As summer approaches, colleges and universities are scrambling to make their final push for enrollments and donations before the the end of the fiscal year on June 30th. And when it comes to communicating with alumni or prospective and current students, few things are as rare, or as appealing, as a socially active and engaging Academic dean.

Having faculty and administrators who are active on social media offers your community an opportunity to interact with the school in a way that feels more approachable and sincere than interacting with the school itself. However, for many leaders in higher education, the effort and risk associated with maintaining a social media presence outweigh the perceived benefits.

Hashtag Higher Ed podcast guest David Boardman, dean of the Lew Klein School of Media and Communication at Temple University is no stranger to balancing the personal with the professional on social media. As former Executive Editor and Senior Vice President of The Seattle Times, Boardman was an early adopter of Twitter, using the platform to gather information and broadcast breaking news.

Bringing his social media savvy with him to the world of higher education, Boardman has been named Temple’s “number one person to follow on Twitter.” In this episode, Dean Boardman talks about the benefits of staying socially engaged as dean, how he’s used Twitter as a tool for recruitment, and what advice he would give other academic administrators considering incorporating social media as part of their professional lives.

The Importance of Engagement:

“I very much prioritize engaging. Otherwise, you’re really not using the medium the way it’s most powerful. I try to do it every few hours to see what’s going on in the news and also to see, is there something I need to engage with? It’s been really fruitful in terms of making connections with students. I had to make an early decision on the degree to which I was going to prioritize student engagement. Some Deans make the decision not to do that, and for good reasons. For me, it was really important to do that, and social media is a really important way to get to do that. And I’ve found the community and the students are responsive.”

“I actually recruited a star student on Twitter. Really courageous, creative young woman, and she won a national award from the Student Press Law Center. When I saw that I found her on Twitter and I tweeted at her something to the effect of “Have you chosen a college yet? Please think about Temple.” She got back to me, and she hadn’t been thinking about Temple at the time. She was being recruited by lots of big name schools throughout the country, but we got her to tour on campus, we put together a great package for her, and she came here.”

On The Advice He Would Give Other Deans Considering Social Media:

“The most important thing is to be authentic and to reveal some of the things that you’re interested in. I think that students and faculty respond to that. Because these jobs are so busy and they can seem so remote, I think anything we can do to show our humanity and to underscore those things we think are most important in scholarship, in current events, and in culture can be really powerful.”

“He’s our newest faculty member, joining us this fall from Morehouse College most recently. He’s a gentleman who grew up just a few blocks from Temple, attended Temple, and is now one of the nation’s leading public intellectuals. You’ve seen him on CNN, and he’s got his own show on BET.”

“She is a fairly new faculty member in the College of Education. She’s somebody who gets a lot of attention for strong points of view, particularly around higher education financing and financial aid.”

“She is a journalism scholar at George Washington University, and one of the people I really enjoy following.”

A very special thank you to Dean Boardman for joining this episode of the Hashtag Higher Ed podcast. You can follow the Dean on Twitter @dlboardman, or connect with him on LinkedIn.

You can listen to this episode on Soundcloud, iTunes, Google Music, or wherever podcasts are found. To explore previous episodes of the Hashtag Higher Ed podcast and sign up for alerts regarding new episodes, visit our Hashtag Higher Ed hub. 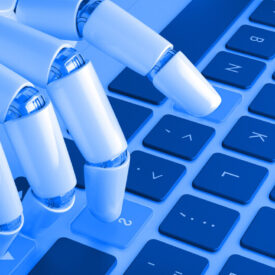