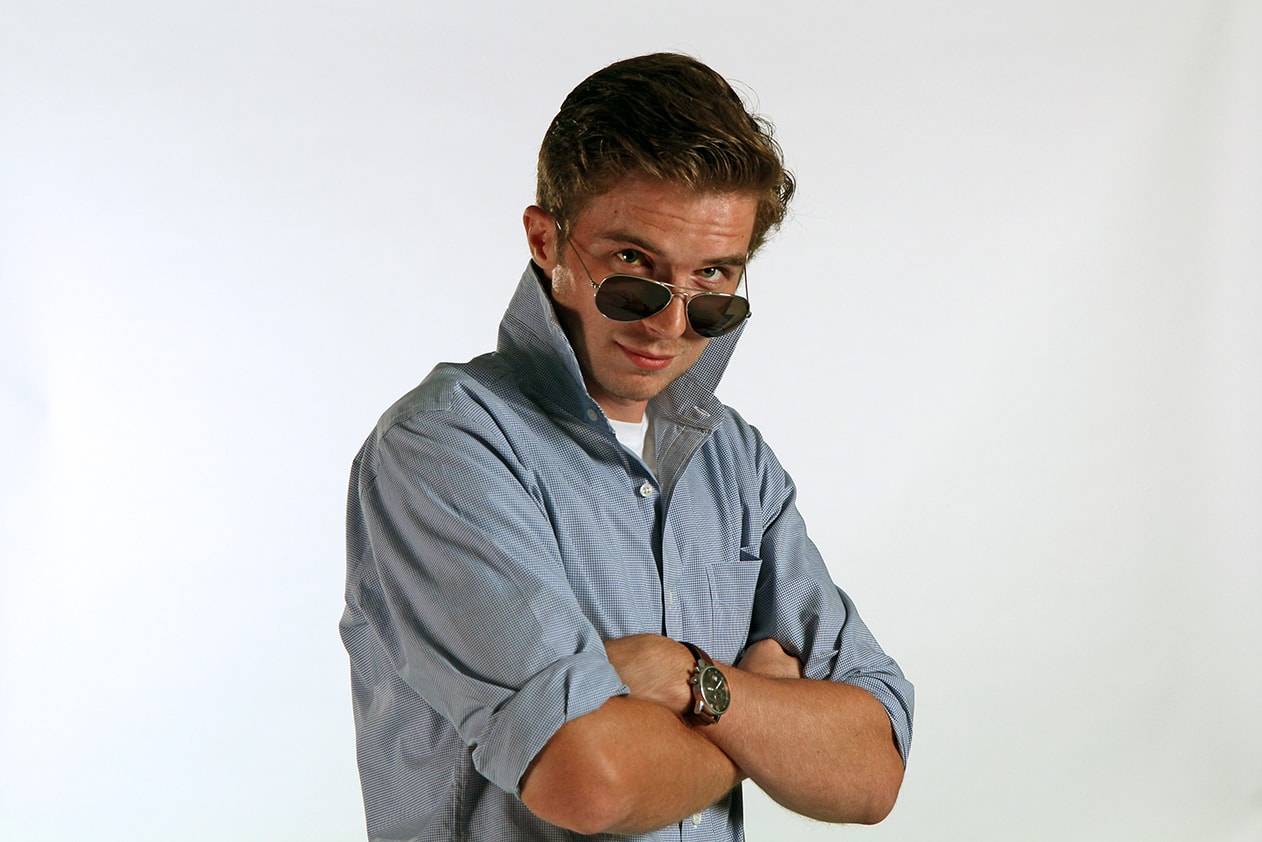 Davis “Top Gun” Kane joined eCity as a Project Manager this past August. In the short time he’s been here, Davis has not only done wonders for our Director of Client Services’ stress level, but managed to earn a killer nickname as well. We sat down with Davis over an energy drink and an “Active Projects” binder to get to know him a little bit more. Welcome aboard, Davis!

What is Your Daily Routine at eCity?

I like to get in a bit on the early side, grab some coffee, and do a rundown of all my projects so I know where we are and what needs to be done next. After going through my emails, I’ll grab a personalized pizza for lunch at Snap. I spend a fair bit of the day communicating, either internally or externally, so I’m writing a good amount of emails, chatting with a client on the phone, or heading out for a face-to-face meeting. I enjoy hanging out at work for a while and catching a later train home so I don’t have to fight the rush and I get a bit of ‘quiet time’ to take care of anything I wasn’t able to get to on the earlier side.

Describe Your Resume at a Glance.

I graduated from Temple University in 2014 with a bachelor’s degree In Psychology. Before joining the eCity team, I worked as a Technical Project Manager at Curalate, where I managed the development and implementation of web applications for a number of clients.

“The role of a Project Manager is to make everyone’s job as productive and stress free as possible.”

I also have my own wedding, event, and portrait photography business. I have always loved photography; from the moment I was given my first camera I was hooked. After being introduced to a professional wedding photographer through a mutual friend, I began working as an assistant and learned everything I could about shooting weddings. After working as an assistant and second shooter for a few years, I started my own business, and I still pick up the occasional weekend gig when I can.

If you had a week off, you’d spend it…

Surfing in Costa Rica. I started surfing when I was 9 or 10 years old after I was given an old, dinged up short board. Since my first wave, it became my all-time favorite activity. I’ve never been to Costa Rica, but I have always wanted to go. Costa Rica is always warm, the waves are consistently good year-round, and the trip from Philadelphia is quick and relatively easy compared to a lot of other surf destinations.

Give me a Pearl of Wisdom related to what you do

The role of a Project Manager is to make everyone’s job as productive and stress free as possible. Additionally, communication is absolutely key to being a successful PM.

Why did you want to join eCity?

I really thrive in an environment where everyone wants to be the absolute best that they can be. After meeting the team, and hearing about the company, I knew right away that eCity was where I wanted to be.

What has been the highlight of your time here thus far?

Getting to know and hang out with everyone outside of the office.

If you had a super power, what would it be?

The Best restaurant in Philadelphia is…

Tequilas Restaurant. They have the best, most authentic Mexican food I’ve ever eaten. Additionally, their margaritas are incredible. It’s a fairly swank place, so I don’t go nearly as much as I would like, but I remember every meal I’ve ever eaten there.