eCity in the Comcast Tower

We've been working in the ‪ComcastCenter for the summer and it's been pretty luxurious. The space is gorgeous and offers some of the best views - and the best salad bar - in the city.

Our offices have been under construction for awhile. At first, it was fine. We’d work around the dust, the plastic tarps, and the occasional iron worker tromping through our space. Around the middle of June though, it got hectic. Fumes as the new elevator was being installed, power outages, and Buck the foreman looming over our desks on a ten foot ladder while making electrical repairs made our jobs a bit difficult, to say the least. We decided to get out of there and let these hard working building builders do their thing.

Lucky for us our parent company, Center City Film and Video, resides on the 24th floor of the Comcast Center and just so happened to have extra space. They have generously allowed us to crash their party for the summer and it has been pretty luxurious. Not only is the CCFV team super cool and accommodating, the space is gorgeous and offers some of the best views – and the best salad bar – in the city. We get some of the perks of working for a mega corp without actually having to!

From the 24th floor we get a view to the north, west, and east sides the city – including a look at the Schuylkill River and some enviable rooftop pools. Watching people swan dive and do backflips at 150 feet is pretty exciting, until it starts pouring and they’re still out there and we actually start fearing for their lives!

On a fairly regular basis we’ll take two elevators up to the 43rd floor where the Comcast conglomerate spoils its tower residents with Ralph’s Cafe. This place is deluxe, with that glorious salad bar I mentioned, made to order international cuisine, and all the gummy bears and lattes a girl can stomach. Sound spendy? A real deal lunch at Ralph’s will run you around eight bucks – less than any of the surrounding Center City spots! Oh…and about that view. At Ralph’s, we’re sitting eye level with the tippy top of the Liberty Towers. Billy Penn would be rolling in his grave but I’m never not impressed.

Not only is it awesome looking outside, it’s pretty cool looking around inside too. In the office, we’re surrounded by video production stages, audio recording booths, editing rooms, and creative people who make tv and movies. Interior design in clean white and gray with fire engine red accents makes the space oh-so-modern and minimalist. 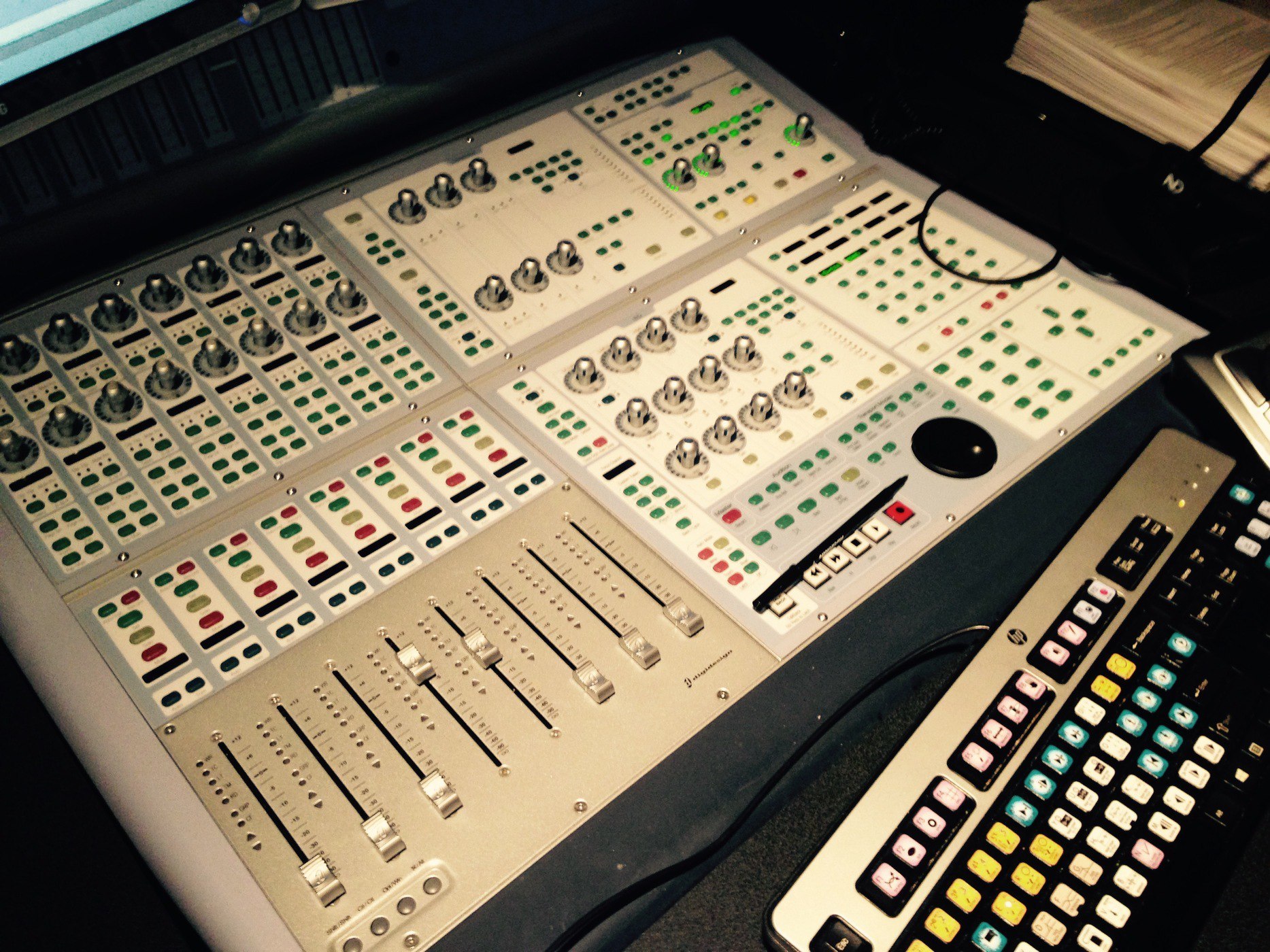 Getting to work more closely with our colleagues who we might normally only talk to online is another sweet perk. Comparing pet pics around the bagel table or getting a peek at how each person decorates their personal space (pet pics) builds up the team and the vibe. The best is when someone saunters by our eCity alcove when Ricky is testing out a virtual reality project. Everyone lines up for a turn with the Oculus and watching them get immersed in it, arms flailing on a rollercoaster ride or bumping into walls in a floor plan, is always entertainment. 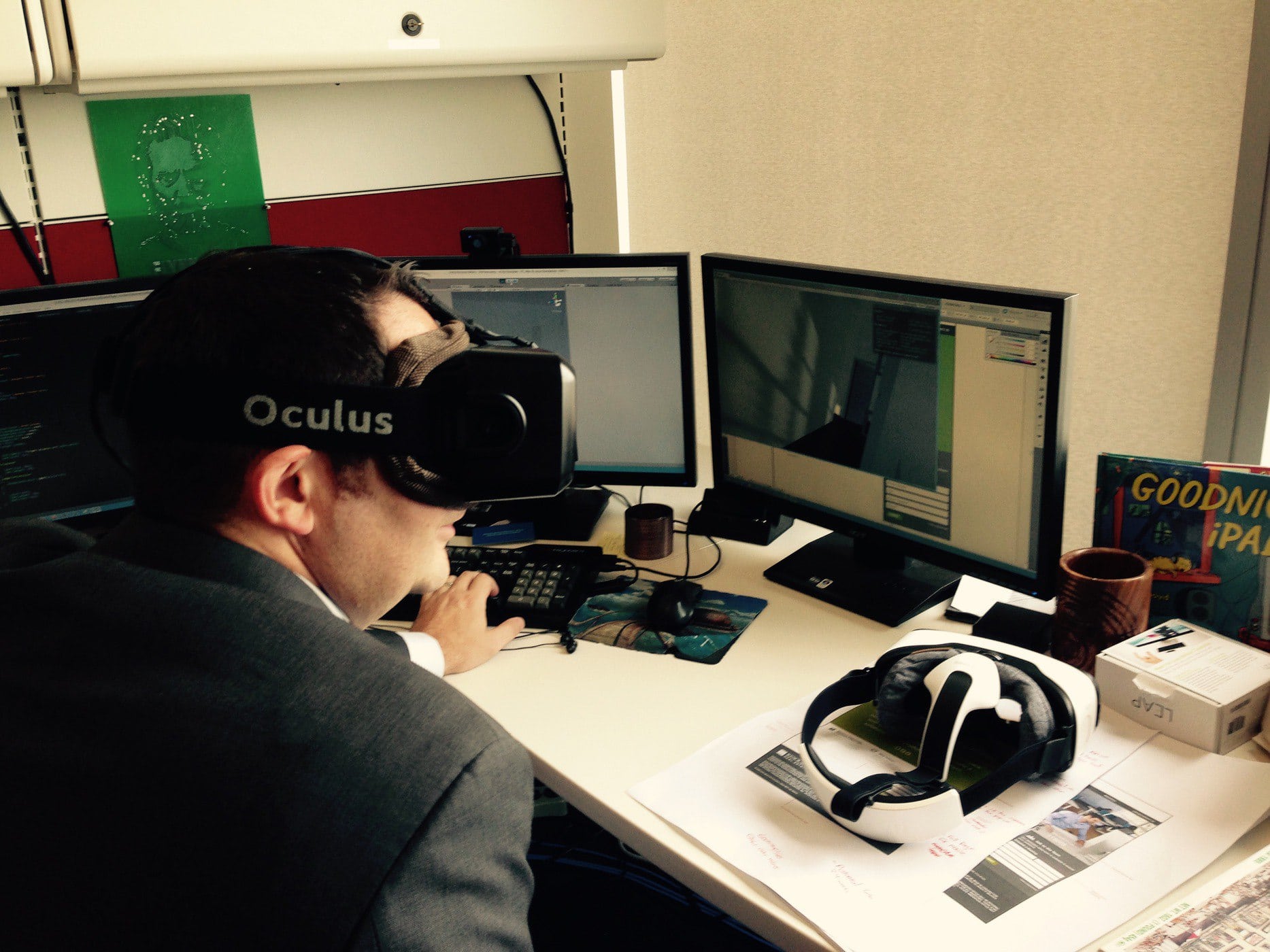 It’s been fun working in the tallest tower in the city, something some of us have done in the past and some of us probably never would have. But we’re looking forward to getting back into our new digs where we can enjoy our building’s historic charm and swanky upgrades. We’re already planning, debating…what color for the accent wall, where to put the plants, slick white or reclaimed wood countertops? We’ll keep you updated!