16 Things We Love About Philadelphia In The Fall

While we might not all be from the City of Brotherly Love, with its subtle charm and city grit, it’s certainly won each of our hearts. 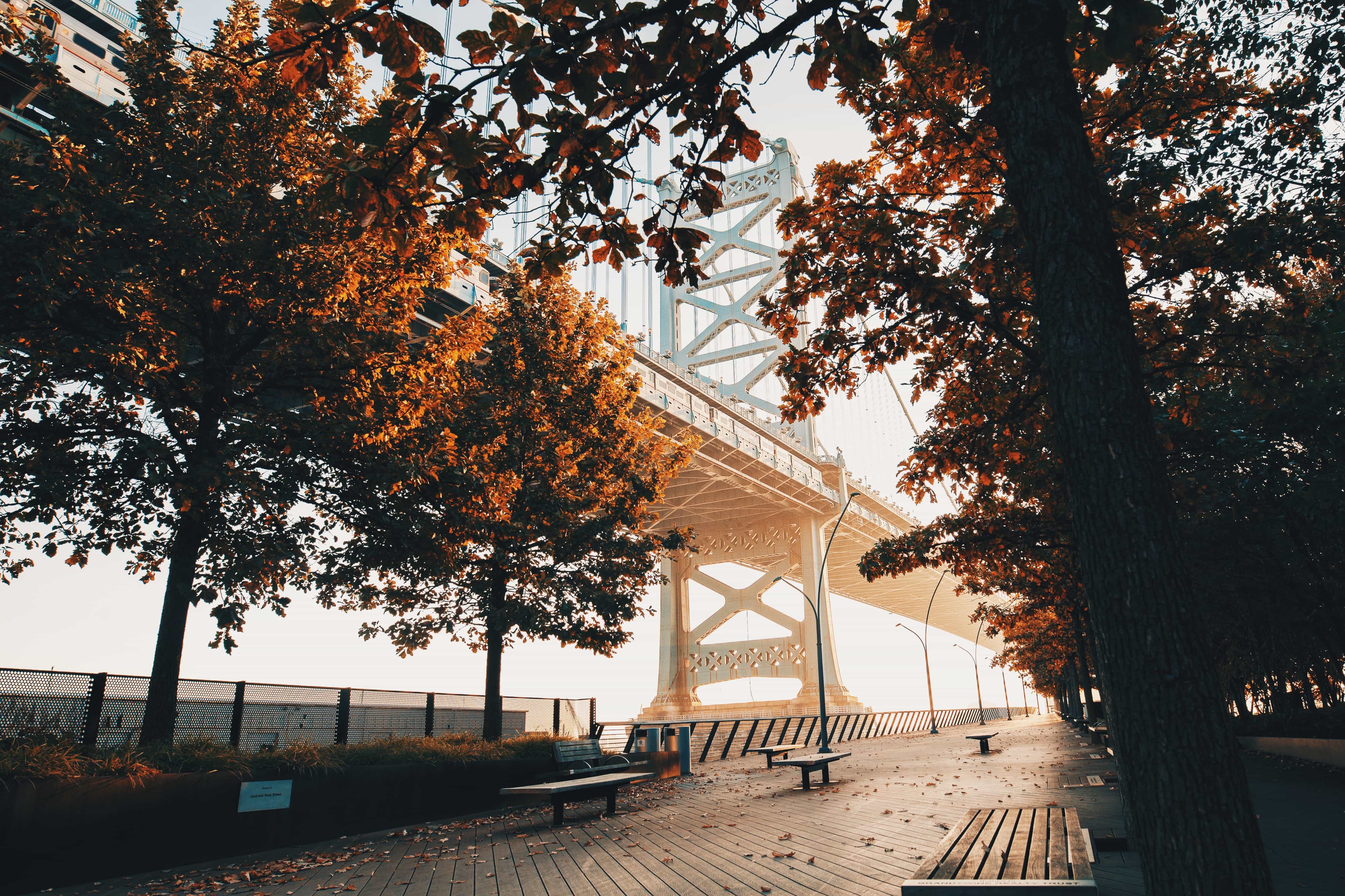 While we might not all be from the City of Brotherly Love, with its subtle charm and city grit, it’s certainly won each of our hearts. After all, it’s a historic gem and a modern wonder, and as a Philly agency, we’re proud to be part of the fabric. As the leaves begin to change and the crisp autumn air sets in, there’s no better time to enjoy and celebrate the beautiful city we call home. Feeling festive, we asked our team what they love most about Philadelphia in the fall. Here’s what they had to say. 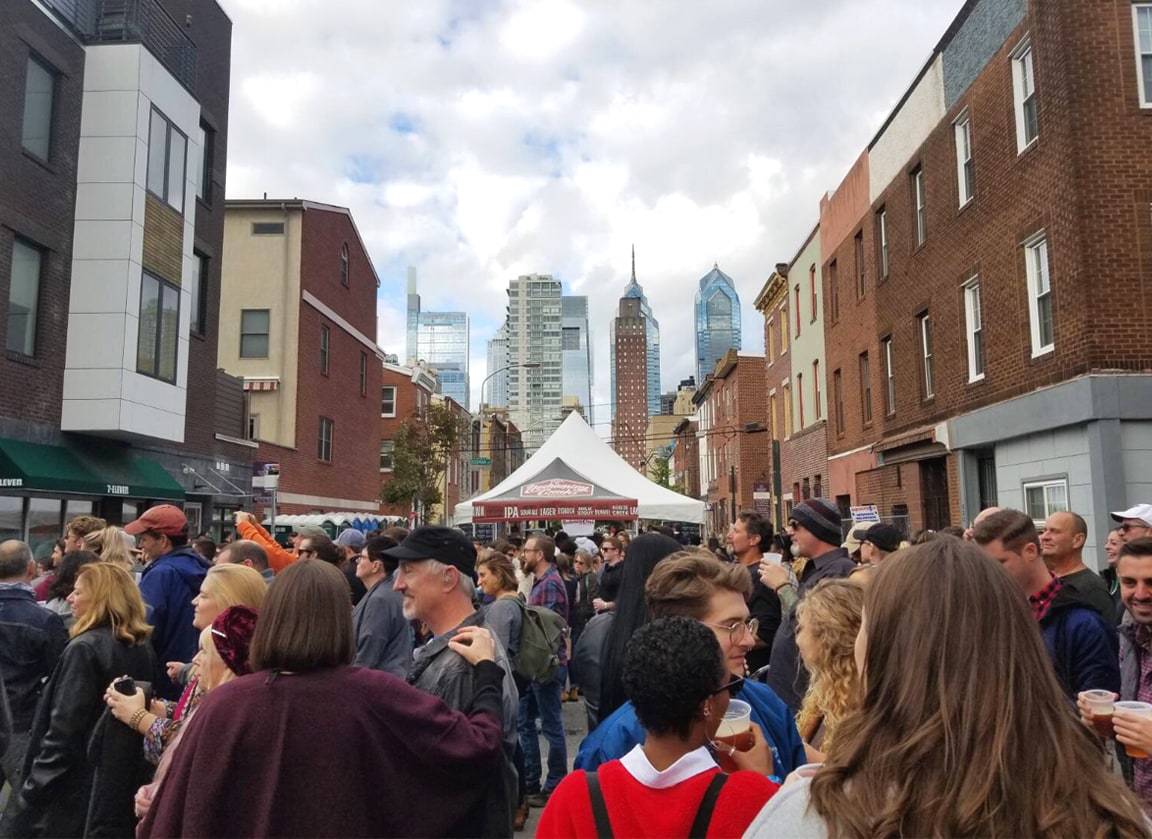 Living in Center City means there’s never a shortage of things to do. In the fall, I love how many outdoor events are going on right outside my door. Between events like Midtown Village Fall Festival, Blocktoberfest, and SouthStreet Pumpkinfest, it seems like every weekend there’s a chance to celebrate the season, enjoy good food, and drink beer outside with friends.

Anthem does an amazing job at hosting their annual Oktoberfest. With bonfires and beers, German food and live music, it’s the best! I love catching up with old friends and being introduced to new ones, and I’m always amazed by the connections of who knows who and how. It’s like a big family party; there’s so much joy! 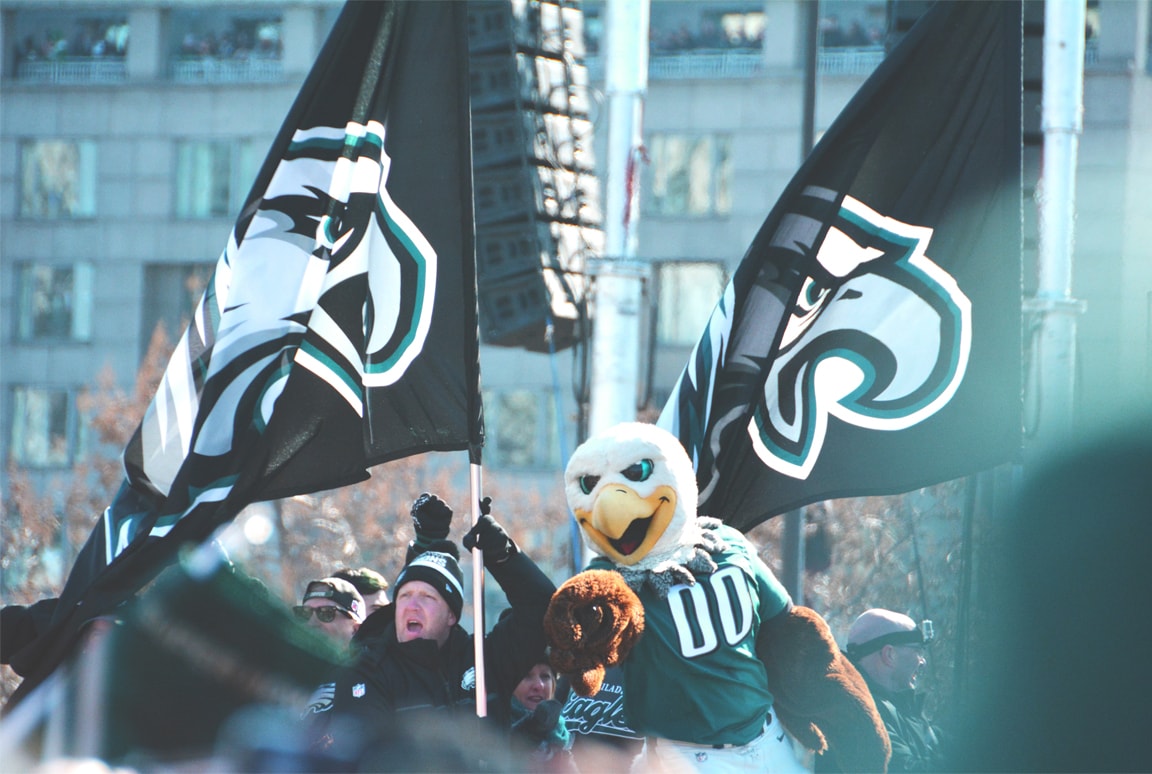 3. Tailgating At The Eagles Games

(Editor’s note: Fall means football and tailgates, family and friends, and if you’re from Philadelphia or any suburb near it, the world champs. Yes, we’re still celebrating.)

It’s one thing to go to an Eagles game or watch it on TV. But nothing screams “Philadelphia in the fall” more than a good ol’ fashioned Eagles tailgate. Waking up early, spending the day with equally—if not more—obsessive bleed-green fans, and indulging in traditional Philly foods that taste too good to actually come from a tiny charcoal grill in the back of someone’s truck. It doesn’t get better than that.

Few things in life are better than watching 11 hours of football on a Sunday!

Living in the city, there’s no excuse to not support my alma mater. Whether it’s going to the Linc for a game or a local bar to watch the team when they’re on the road, I love getting too emotionally invested on a fall Saturday. It’s a great reason to tailgate and get back together with friends from school. 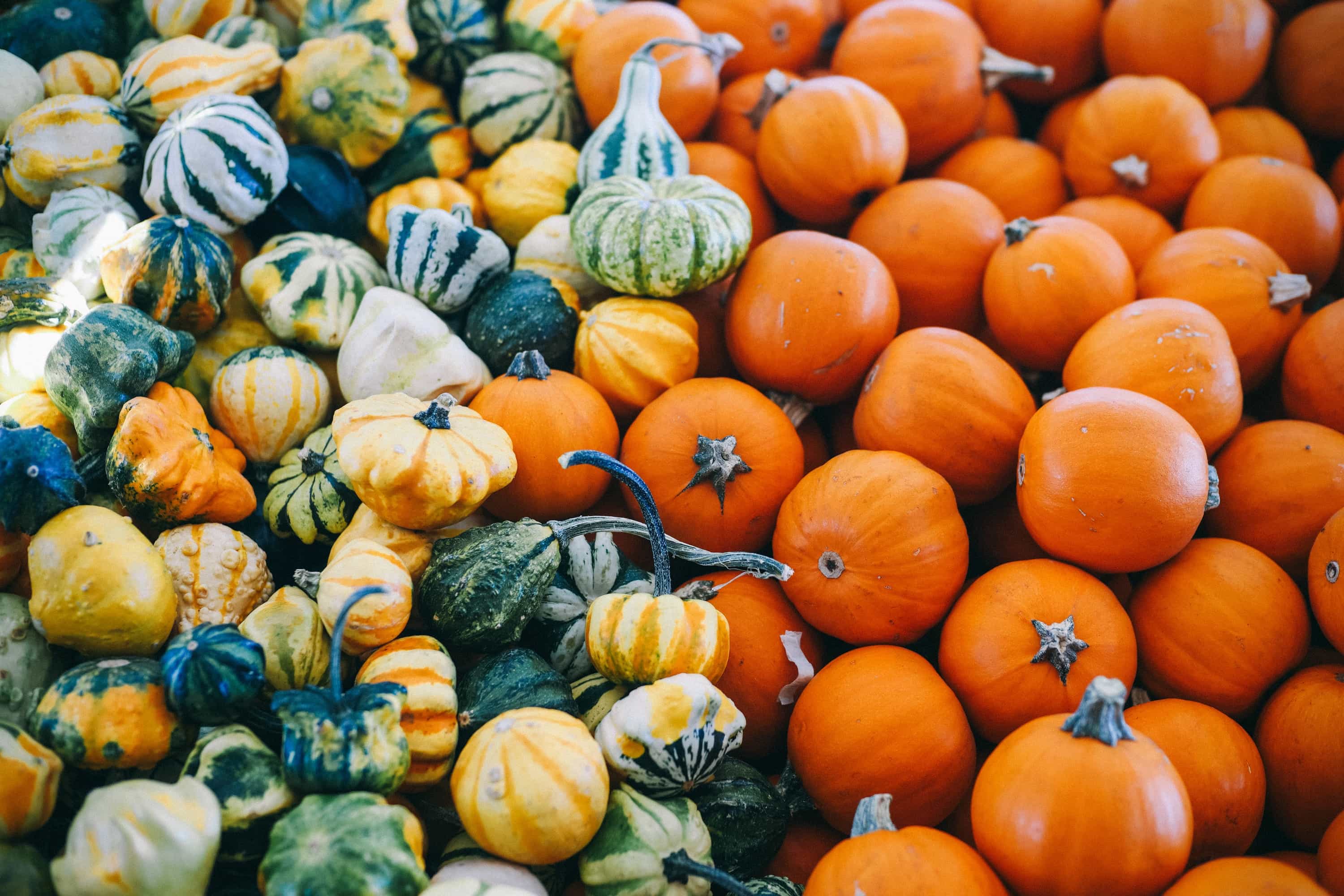 While it’s not quite the city’s center, I think it’s safe to say: Linvilla is a fall favorite for most Philadelphians. With its pumpkin patches and apple orchards, hayrides and farmers market,  it’s a wonderful place to explore with a loved one. Pick out some pumpkins, colorful gourds, and a few pumpkin spice candles, and you’re all set for fall!

6. Terror Behind The Walls

I’m not one for horror movies, but Terror Behind the Walls is a city classic. It’s such an impressive operation, and in my opinion, it’s the best way to tour one of the city’s best attractions. I recommend that you go at least once.

7. Bonfires And Beers As Large As Your Head At Frankford Hall

When it starts to get a little chilly out, there’s nothing better than heading over to Frankford Hall in Fishtown. The German-style beer garden offers tasty Bavarian pretzels and beers as large as your head. When it gets a little cooler they’ll often turn on their heaters and light up the bonfire for that classic fall feeling.

I love taking bike rides on the Schuylkill River Trail especially when the crisp air makes outdoor activities much more pleasant. Fall is prime people watching season along the river. Along the 60+ mile trail, I pass joggers, other bikers, painters, musicians, and roller skaters all enjoying the mild weather and fall foliage.

There is nothing better than going for a weekend run on Kelly Drive during the fall. The leaves, cooler temps, and beautiful scenery make it the perfect way to de-stress.

The Headhouse Farmers’ Market is great all year round, but for me, it’s really at its best in the fall. I love sifting through all of the strange and amazing apple varieties (seriously—there’s more to life than Honeycrisps, people), picking out the perfect acorn squash, people-, and more importantly, dog-watching, and generally breathing in that crisp, delicious air that only the combo of fresh autumn produce and the smells of nearby chimneys can produce. It doesn’t hurt to have a cider donut and cup of coffee from one of the many nearby cafes either. 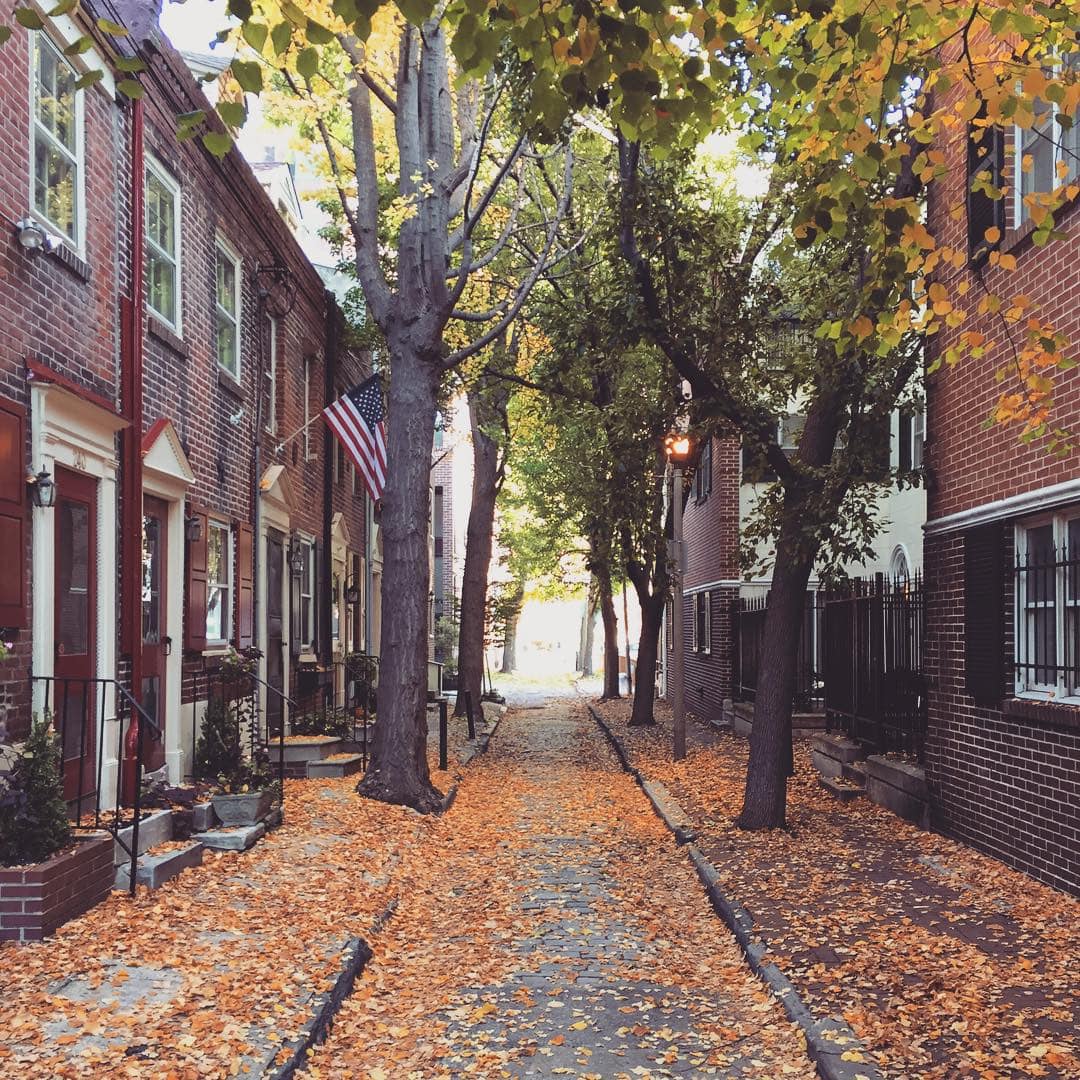 11. Eating & Drinking Outside (Without Sweating) At Fun Restaurants And Bars

There’s nothing better than using the fall weather as an excuse to explore all of the restaurants and bars Philly has to offer. With the outdoor eating and drinking options growing by the week (or so it feels like), I’m never short on selections and getting to enjoy them comfortably sans-humidity and/or 95-degree temperatures makes it even better. My wallet might hate me come the end of the season, but it’s totally worth it.

Twice a year, restaurant week rolls around and I get to enjoy some of the city’s best restaurants at a price point I can afford. During restaurant week, participating restaurants across Center City offer three-course dinners for $35 per person and lunch for $20. It’s a great way to celebrate the start of fall, try new food, and enjoy a special night out with friends and loved ones. So far, I’ve dined at Scarpetta, Mercato, Sampan, and Amada during restaurant week, and I’ve yet to be disappointed.

There is a local apple orchard near my house called Solebury Orchards that serves hot, fresh, apple cider donuts. You can buy them by the bag, six at a time, or individually. I probably don’t need to tell you which quantity I purchase.

14. Phish Fall Tour – They Almost Always Come Around The Area!

Phish has been a love of mine for more than half of my life. There were some dark years there when the band wasn’t at their healthiest or happiest, but they are back with a vengeance! I can always count on them swinging through Philadelphia during the fall season! 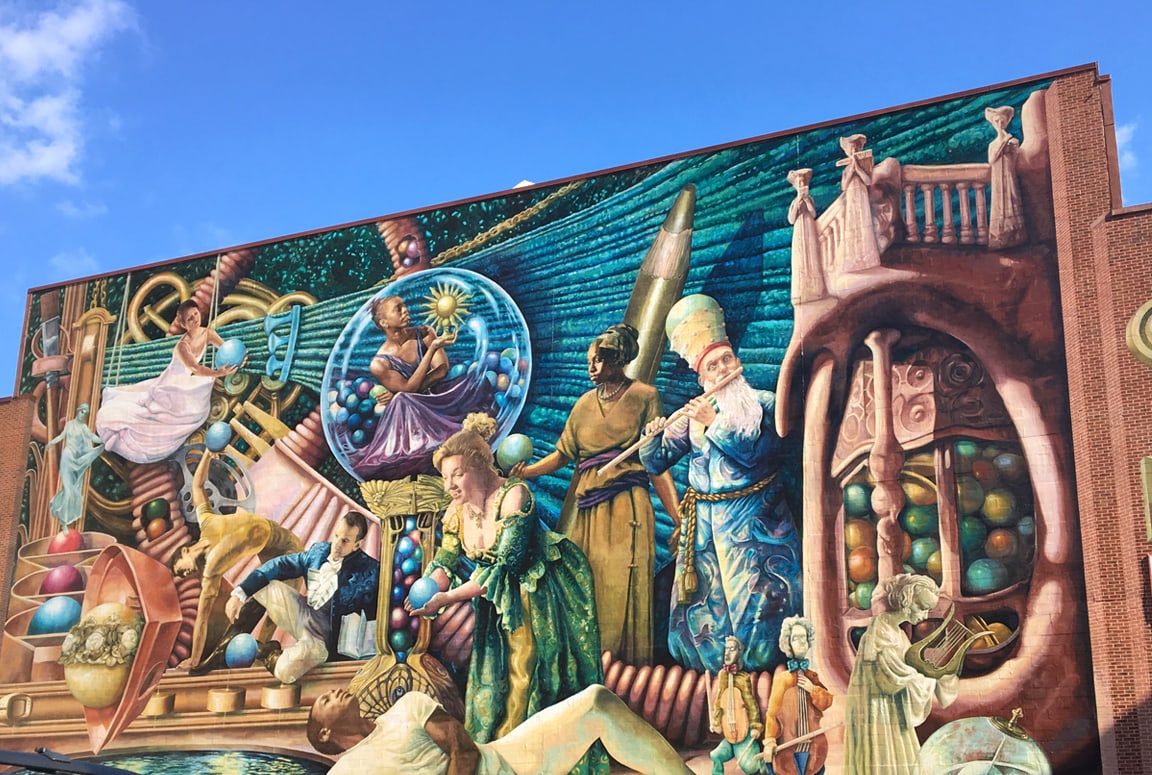 15. There’s A Reason We’re Called The “City Of Murals”

October in Philadelphia marks Mural Arts Month. We have always taken great pride in our arts scene here in Philly, and whether you’re walking, riding a bike, sightseeing on the trolley, or embarking on the Love Letter Train Tours, the beauty of Philadelphia’s murals can be experienced year round, but I find there’s no better time than fall to truly appreciate our beautifully adorned city.

What do you love about Philadelphia in the fall? Let us know on Twitter @eCityInteract.